Since 1995, Wedding Steps has been bringing brides and vendors together to help make the wedding day as perfect as possible. Together with our bridal shows, planning guide and our website, we represent the very best vendors in the industry. 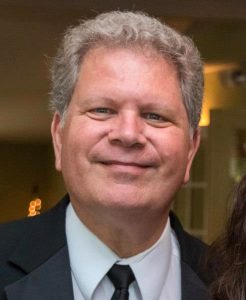 Christian Martirano, Co-Owner chrism@weddingsteps.com In February of 2018, Christian and a ‘business associate’ purchased Wedding Steps from the former owner, Paul Ayoub. Our vision is to build on the successful foundation Paul established serving more communities with our premier services. Our sales staff are among the best in the industries we serve! We are expanding our shows into the tri-state area and continuing to build our brand and reputation. Born in Westchester, NY, Christian grew up in a very musical family and began formal classical piano training at age 5. He graduated with a Bachelor of the Arts in Music and continued on to achieve a Masters of the Arts in Teaching from Manhattanville College in Purchase, NY. His musical group Emily Band wrote the International theme song for the Special Olympics in 1979. The group had the honor of performing at many prestigious events for the Kennedy Foundation that included a presidential premier for President Jimmy Carter at the Kennedy Center in Wash., D.C. The Emily Band group evolved into the band Voices that was signed to Atlantic Records  in the mid 1980s. In 1987, Christian took the position of Director of Product Development for Kurzweil Music Systems (developers of world class synthesizers and electronic music instruments). He held that position until 2002 and helped lead the company to numerous awards worldwide. Christian started his own company in 2005 Designsounds programming electronics and computer systems for Broadway shows, major artists, and recording facilities. Currently. He continues to perform with numerous musical groups and and holds the position of choir director at St. Francis Church in New Milford, CT. In addition, he is the acting Director of International Business Development for Synthogy (a world class computer-based musical instrument software company). Christian became interested in Wedding Steps through a long relationship with Paul Ayoub and saw an opportunity when Paul decided to sell the company. Using his skills as a web designer and IT enthusiast, Christian will serve the company in a technical capacity to deliver more internet based tools, and help streamline all internal processes. Christian looks forward to meeting the vendors and customers who continue to make the Wedding Steps shows so successful. 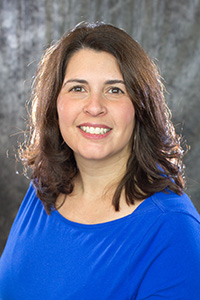 Teri Damo, Account Executive teri@weddingsteps.com
As a seasoned show producer at Wedding Steps, Teri oversees all aspects of the shows from the time the event is booked to the very end of the show. She’s responsible for the promotion, development, and ongoing management of the bridal shows. She works with area wedding professionals and works closely with venues throughout Connecticut to ensure successful events. Teri grew up primarily in Connecticut and graduated from Central Connecticut State University with a degree in Communications. After a number of years of traveling and an ever expanding territory at her job, and the responsibility of motherhood, Teri joined the Wedding Steps team in 2011. Over the years, Teri has worked to ensure the highest possible quality of bridal shows. She’s also responsible for many behind the scenes things that happen on a daily basis at Wedding Steps. Teri is married and has two sons who keep her very busy outside of Wedding Steps. She enjoys spending time with family and friends and is an active member of Brookfield SEPTA. 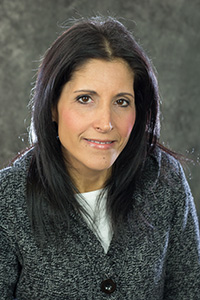 Karin Geib-Saresky born and raised in Danbury, CT joined Wedding Steps in early 2011 as an Event Producer/Sales Executive. Karin is very detailed oriented and is responsible for the myriad of details for each show she produces. Karin graduated from Western Connecticut State University with a Master in Science degree and was married in September. Karin is also employed at David’s Bridal of Danbury and loves being involved in the bridal industry, whether it’s finding a bride her dream wedding gown, or producing fabulous bridal shows!

Marcia has been with Wedding Steps since 2013 and serves as an administrative Executive to the Wedding Steps Team. She assists in promoting the bridal show with the Wedding Steps Team. Marcia can be found at our Bridal Shows accommodating the show producer and vendors. She also heads up the registration table at each show. Marcia is a graduate of East Carolina University, is married and has two children that keep her very busy after hours of Wedding Steps.
Browse Vendors